Bruce Springsteen and Ticketmaster are both facing backlash because ticket prices for Springsteen’s upcoming tour have reportedly skyrocketed to over $4,000 per ticket, another unfortunate example of big business and pop stars turning their backs on every day Americans.

A New Jersey native raised by a school bus driver and a secretary, Springsteen is famous for songs about his working-class roots that speak to the everyday American. So, it was a huge and unwelcome shock to his fans when ticket prices increased to over $4,000 per ticket. These prices are in steep contrast to his 2016 tour tickets which sold for $164 per ticket, and one fan tweeted that they bought tickets for $95 a piece for a Springsteen concert in Munich.

In response, New Jersey Rep. Bill Pascrell Jr. has called for Ticketmaster to end its “market-based” pricing that changes prices based on demand stating that “…Americans have the right to enjoy some live entertainment without getting ripped off. Ticketmaster sees popular events as an opportunity to soak regular Americans.”

You’d think that someone on the @springsteen team would tell Bruce not only are his fans enraged, but decades of brand image are being flushed down the toilet with these outrageous ticket prices. @littlesteven_ug @nilslofgren @RollingStone @nytimes @stoney16 https://t.co/f6ZihsQR0A

This is not the first time Ticketmaster has gotten bad publicity for outrageous ticket prices. In the 1990s, Pearl Jam tried, unsuccessfully, to go on a Ticketmaster-free tour, and in March of 2022, popular late-night talk show host John Oliver went on a 20-minute anti-Ticketmaster diatribe.

It may come as little surprise that big business is concerned only with profits, but Springsteen’s fans expect more from the performer with blue-collar roots. An NJ.com oped titled “Bruce Springsteen Does Not Care About You,” by Bobby Olivier, did not hold back, stating: “At the very least, he should release a statement explaining his involvement and apologize to his droves of lifelong fans who feel as though they’ve been priced out for good and will never be able to see him perform again. Any and all backlash is deserved; it’s his name on the stub.”

I have seen @springsteen several times over the years and always managed to get affordable tickets. This time the price of the tickets are breath taking. Yes, costs have gone up since the last time I saw him BUT for a lot of Bruce’s loyal fans the price is out of a our reach

Instead, as of July 25, 2022, no such statement has been made. Instead, Springsteen’s Twitter is filled with Tweets promoting his tour, but nothing acknowledging the sky-high ticket prices.

“It is exceedingly clear that Bruce Springsteen does not care how much a given fan spends to see him play. If he did care, the rock icon who recently sold the rights to his publishing catalog for a cool $500 million — and whose concert tours typically rake in around $200 million at the box office — would refuse to work with Ticketmaster, finance the shows himself, buy permits to use unoccupied fields across America and set a ticket price he alone could control,” Olivier contended in his opinion piece.

“He’d call it Brucestock or something and pocket considerably less from the fans who’ve supported him for half a century,” he added.

Reason so many are upset about this @springsteen ‘dynamic pricing’ scandal is coz when we buy a Bruce ticket it’s an emotional contract ‘tween us & him as ordinary folk.
That’s his thing.
This pisses on that. His people need to speak up.#springsteentour2023 #ticketmaster

“The only true solution would be a federal mandate to create regulations to cap dynamic ticket pricing and give a grain of power back to the buyers. Or artists could band together and refuse to work with Ticketmaster unless these practices were better moderated or eliminated altogether,” Olivier suggested. “Yet the odds of either of these doesn’t seem very high.”

This is not the first time that Springsteen has betrayed his working-class roots. In 2020, on his Sirius XM E Street Radio Show, Springsteen criticized Trump, saying, “A good portion of our fine country, to my eye, has been thoroughly hypnotized, brainwashed by a con man from Queens.” President Trump received a lot of support from working-class Americans in the 2016 and 2020 elections. 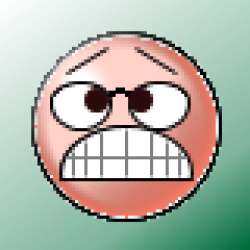