The parents of a U.S. veteran who was murdered by a Palestinian terrorist criticized the Biden administration for reportedly providing aid to the Palestinian Authority (PA) despite its continued payments to terrorists, in an interview with The Daily Caller News Foundation.

Stuart and Robbi Force’s son, a U.S. veteran named Taylor, was brutally stabbed to death in 2016 in Tel Aviv, Israel by a Hamas terrorist whose family benefited from the PA’s martyrdom payment program, which provides cash rewards to terrorists and their families. The Forces spoke on Capitol Hill Wednesday alongside Republican Colorado Rep. Doug Lamborn, who introduced the Taylor Force Martyr Payment Prevention Act in 2022 and the previous 2018 Taylor Force Act, both of which seek to prevent aid to the PA’s “pay to slay” program.

“I don’t understand the reasoning behind resuming the payments. If they even knew half of what we realized just in the last six years that when money leaves the United States, you have no idea where it’s going,” Stuart Force told TheDCNF. “And if we can’t account for it … then don’t send it until you can make sure that it is going to accomplish the humanitarian needs. This is just totally boggles the mind that there aren’t safeguards to make sure it is being used wisely. And that’s the purpose of Taylor Force Act and the martyr payment prevention.”

The PA continues to make such payments as the Biden administration continues to provide aid to the PA, according to The Washington Free Beacon, citing a non-public State Department report. In response, Lamborn introduced the latest bill to prevent foreign banks from facilitating the terrorist payments and putting their relationships with the U.S. financial system at stake.

“I hope this administration is aware of what is going on,” Robbi Force told TheDCNF. 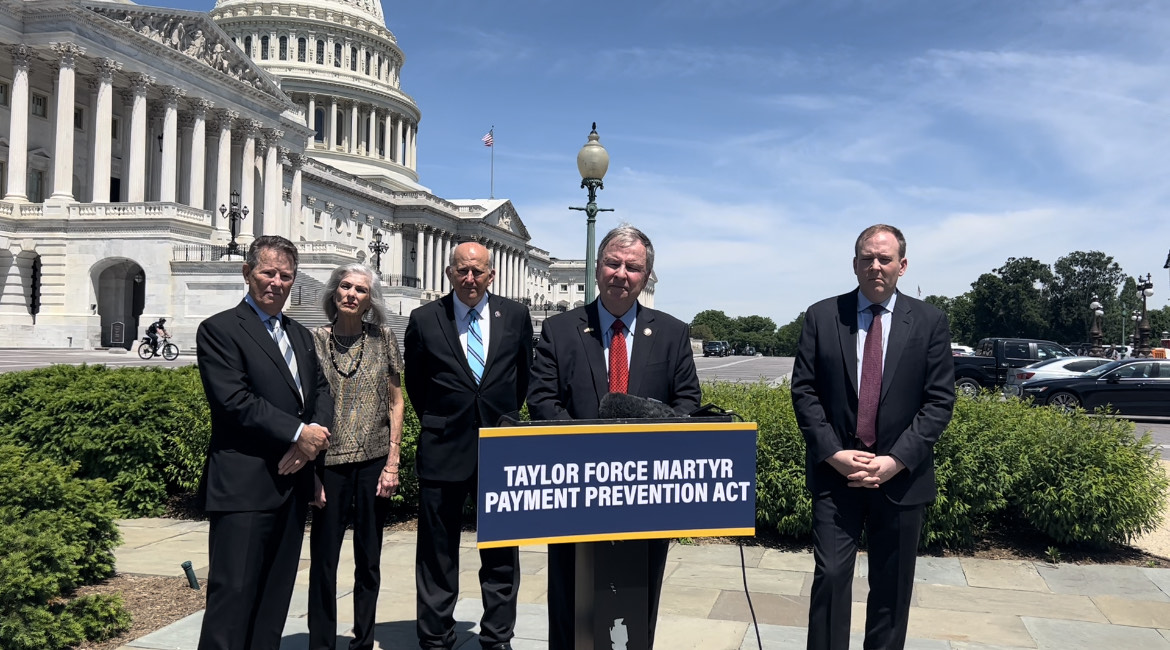 If the Biden administration continues to make payments despite the pressure, they could be an “accessory” to the terrorist payment programs, Republican Texas Rep. Louie Gohmert, who’s a co-sponsor of Lamborn’s latest bill, told TheDCNF.

“So the question is, is this a knowing act by the administration? We hope that the knowing act will be to sign this into law, so that we will not be accused … of being an accessory. But, once they know, once this becomes knowledge at the White House, and they refuse to do anything about it, they refuse to encourage Speaker Pelosi, leader Schumer to do anything about it, then it moves into the accessory stage. So we hopefully won’t get there,” Gohmert said.

Stuart and Robbi Force told TheDCNF they are willing and ready to speak with the Biden administration if that’s what is needed to stop the funding.

“The Biden administration is strongly opposed to the prisoner payment system and has consistently engaged the Palestinian Authority to end this practice,” a State Department spokesman told The Washington Free Beacon.