It all started when she made the comment “I’d really like to thank my parents for not changing my gender when I went through my tomboy phase. I love this girly life.”

As Fox News host Tucker Carlson reports, this prompted backlash from the left, with singers such as Maren Morris and Cassadee Pope levying heavy criticism against Brittany. However, many other Nashville singers opted to back her, as she noted in an appearance on “Tucker Carlson Tonight” on Thursday.

Leftists made claims that Aldean’s statement was a “transphobic joke” without even showing her wording or asking her opinion, Carlson noted.

This pushback against the vocal trans supporters has led Aldean to release a Barbie-inspired T-shirt reading “Don’t tread on our kids,” a direct response to Morris’ comment about her being “Insurrection Barbie.” Proceeds will go towards Operation Light Shine, which combats child exploitation and human trafficking.

“I’m advocating for children,” she shared Thursday. “I think that children should not be allowed to make these life-changing decisions at such a young age. They are not mature enough; they should have parents who love them and advocate for them regardless.”

“We have ages on everything,” she maintained. “We have it for cigarettes, driving, military, voting… yet for some reason people think that we can let a child choose their gender so young? It’s very baffling to me.”

She and Carlson went on to discuss how such transgender surgeries are life-altering, mutilating and permanent, removing the sexual organs and “castrating” the child, forever removing their choice to have children in the future or even to reverse their decision.

“Advocating for the genital mutilation of children under the disguise of love and calling it ‘gender-affirming care’ is one of the worst evils,” Aldean said in an earlier response to Pope. “I will always support my children and do what I can to protect their innocence.

“Some parents want to be accepted by society so badly, that they’re willing to make life-altering decisions for their children who aren’t old enough to fully comprehend the consequences of those actions.”

While the Aldeans’ continued stance against transgender surgeries has prompted the public relations firm the GreenRoom to drop Jason Aldean, he and his wife continue to gain support from those who agree that children should not have such life-altering surgeries, even as Morris loses followers.

“At the end of the day, children are our red line,” Candace Owens said, in support of the Aldeans. 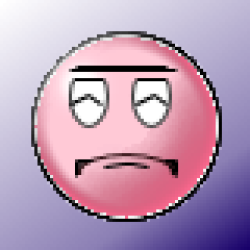