The death of the 9/11 Tribute Museum is today’s equivalent of the Kitty Genovese murder of 1964. Kitty was raped and murdered outside of her apartment building in Queens and – although there is a dispute about how many witnessed the attack – nobody got through to the police. It’s become known as the Bystander Effect, where everyone thinks someone else is going to save a person’s life, and therefore no one does.

Many people, who could well have afforded a donation to keep the museum afloat after the pandemic destroyed the income stream from visitors, did not step up. Perhaps they thought others, who had more money or were more personally connected to the museum would save them. But, in the end, too many were bystanders and the 9-11 Tribute Museum died.

If you’re thinking, why should we care? You don’t have to look much further than Upstate New York where a terrorist tried to murder Salman Rushdie. Despite our preoccupation with other things such as Covid-19, the economy, crime, migrants flooding New York, and so on, I can assure you that America does have reason to care, even though some are in denial and choose to believe that another 9/11 could never happen here. And yes, there is another 9/11 Museum, but they were each very different and both are needed. The 9/11 Tribute Museum was smaller and provided a more intimate experience, with victims’ families, first responders, and others personally connected to the tragedy as docents and staff.

Could there be an even darker political agenda afoot? Indeed, there are those who purposely have ignored 9/11 anniversaries – except for the 20th one – when it would have been too obvious to do so. But, clearly, the Obama-Biden administration is trying to make us forget about radical Islamist terrorists like Al Qaeda, ISIS, and the Taliban, as they try to convince us that the REAL terrorists we should fear are PTA parents who question why their kids are being taught CRT and convinced to become trans, the January 6th trespassers and anyone else who doesn’t agree with their agendas.

Indeed, we are still all affected by 9/11, even if we weren’t injured ourselves or didn’t lose a loved one. Studies have shown that many people who weren’t in Manhattan on 9/11, but watched it over and over on TV, have been affected with Post-Traumatic Stress Disorder, so those who were in New York City surely were affected and still are in many ways. For example, some of us have gotten fatter since 9/11 because of consuming unhealthy comfort food, like pizza and chocolate cake, to calm our anxieties. There has been an increase in depression, cutting, substance abuse, and other psychiatric disorders beginning on 9/11.

There is also a failure to acknowledge the impact on the children born since 9/11, who were raised by parents suffering from the shock of enemies coming out of the sky to destroy the iconic Twin Towers. This generation is feeling more helpless, more anxious, and more dependent upon a nanny state because of absorbing the vulnerable feelings of their parents

How can anyone who wasn’t alive on September 11, 2001, truly understand the lesson of that day: that we must not be complacent about our freedom and security? We must become more resilient because America is more in danger of terror attacks than ever before, after our surrender in Afghanistan, a cognitively impaired president, tens of thousands of Afghan immigrants spread throughout America including jihadis who snuck in through the holes of the vetting process, a woke military, open borders, and some politicians who have quietly become partners with terrorists because they share the agenda of destroying America. 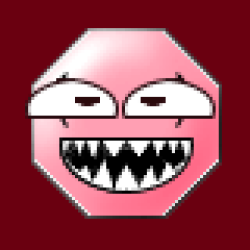