If the storm truly comes as some expect, it may set this world on a new path of freedom. But how many people will we lose in the process? How will millions react to a world turned upside-down?

If you were to go back to 2019 when information started surfacing under the guise of “Q” or “Qanons,” it was quickly ripped to shreds as a conspiracy theory. But some saw it as a glimmer of hope. What one side called an approaching storm had others calling it a shot in the dark or just a pipe dream.

Let’s assume for just a moment that the storm is coming. Let’s assume that everything we have been told as a glimmer of hope is about to happen. Just for a moment, what if everything we thought was too crazy to happen was actually real. Are we ready? I don’t think so.

People are able to digest things like kneeling for the national anthem, election fraud, and new social media mandates that limit your power to post or share information. We have also shown that we can live through nationwide riots and false narratives contrived and promoted by the mainstream media.

We have even lived through the few images leaked through social media of Hunter Biden’s idea of fun.

But how will people react when they start seeing a mountain of evidence that we all suspect exists?

You don’t have to be a “Q” follower or a conspiracy theorist to know the evil that is surrounding our world and what could be on the brink of being exposed.

Take for instance the photos that were found on Anthony Weiner’s laptop. It was Sydney Powell who said, “There’s a lot that could be used to prosecute … and the things that were found on that laptop. I even heard that some of the NYPD officers who saw these images, even though they are hardened investigators, literally had to go throw up.”

Could what they saw and experienced be why ten NYPD officers took their own lives over the course of two weeks of 2019? That’s when this information began to emerge.

And now we are watching closely, without the help of the national media, the events unfolding with the Ghislaine Maxwell trial. If what is said in that trial is true, the images that will be revealed along with testimony under oath will make Weiner’s laptop and Hunter Biden’s escapades seem like a birthday party trip to Chuck E. Cheese.

What happens if what has been predicted comes to pass?

What will happen when people start learning about the massive underground child trafficking ring and the people involved? Can the American people handle the news and images of devil worship including the sacrificing of innocent kids?

When law-abiding citizens who simply go to work Monday through Friday, spend time with family on Saturday and attend church on Sunday, start hearing that their favorite movie and sports stars are sick and evil people, will they be able to digest this information or will it be too much?

After Jeffrey Epstein’s suspicious demise we are already on suicide watch for those who are connected to Epstein island and checking the flight register for our list of candidates. Some closer observers expect many high-ranking officials and elites will begin disappearing.

But they are not the only ones who need to be watched. The American people need to be preparing for what is about to happen. For this world to turn around, a great deal of evil must be exposed.

When this evil is exposed, it will challenge a society that is already dealing with a mental illness epidemic. The National Alliance on Mental Illness reports that one in five adults in the United States experiences some form of mental illness.

We already know that suicide is the 2nd leading cause of death among those aged 10-34. That’s with the current status of our country. Where do the numbers go when we learn that all that we thought was good was actually a lie? The facts will turn everything upside-down.

While we are ready to regain our freedom once again, I just hope we are ready for what we are going to have to go through to get it. A storm is coming. It will impact those dealing with mental illness and those on the verge of losing it. It’s time we start talking to our family and friends to ensure that we are prepared for this great awakening. 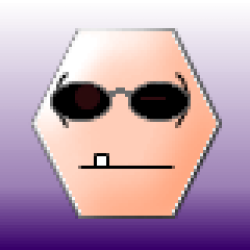