The New York Times is no stranger to scrutiny when it comes to controversial headlines, and this week was no exception with a published editorial addressing the conflict on the Gaza Strip entitled, “Attacks on Jews Over Israel Are A Gift To The Right”.

The incendiary headline was then quietly changed to “The Crisis of Anti-Semitic Violence,” though the sentiment of the article remained the same.

Author Michelle Goldberg addressed the rise in antisemitic crimes in the United States in her piece,  calling them a “catastrophe” but stopping short of condemning Hamas or antisemitic rhetoric from lawmakers.

The Anti-Defamation League has said that in the week after fighting began, it received 193 reports of possible antisemitic violence, up from 131 a week prior and on Twitter, more than 17,000 tweets were posted using variations of the phrase “Hitler was right” between May 7 and 14.

The @nytimes changed @michelleinbklyn‘s headline from “Attacks on Jews Over Israel Are a Gift to the Right” to “The Crisis of Anti-Semitic Violence.”

Goldberg, however, goes on to explain that the rise in anti-Jewish hate crimes began with the nomination of Donald Trump in 2016 and has continued to spike since. She defended inflammatory comments from radical Democrats like Rep. Ilhan Omar who tweeted that Israeli airstrikes killing civilians in Gaza are an act of terrorism.

Goldberg also went to bat for claims that Israel is an apartheid state made by Rep. Alexandria Ocasio Cortez among others, saying, “the facts on the ground left little choice.”

She maintains that the right is to blame for the spike in antisemitism despite former President Trump’s history of supporting Israel with an approach of peace through strength. Trump recognized Jerusalem as the true capital of Israel and he moved the U.S. Embassy there. While in office, Trump took historic action to recognize Israel’s sovereignty over the Golan Heights.

That appears to be an inconvenient truth for Goldberg, The New York Times, and Democrats who wish to denounce Israel’s retaliation in defense of itself and its people from the terrorist group Hamas.

Several lawmakers, including Rashida Tlaib and AOC, discouraged the sale of US weapons to Israel amid the ongoing violence, which would have left the nation powerless under Hamas’ attacks. The Biden administration, however, approved the potential sale.

While there has been no further explanation from the New York Times on the headline change, it is hardly a novel occurrence. The New York Times faced frequent backlash for controversial headlines during the 2020 Election cycle. 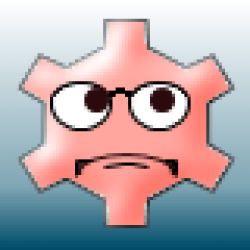