“Romney lost because of all the anti-gay and anti-abortion nuts in the party!”

You’ve probably heard some of your friends make similar statements. “Why can’t they leave those social issues alone?” they ask.

Most of the complainers are from the Northeast and the left coast, including San Francisco, where Democrats have ruled for generations and moral standards have fallen furthest. Those who express such disdain for social conservatives sincerely believe that if social conservatives are diminished within the party, then more Democrats and independents would vote Republican. Really? I don’t think so.

Neither party is homogenous — each has its diverse support groups assembled under its tent. It is probably the conservative evangelicals who the non-religious have in mind when they complain about pushing social issues. Self-described conservative evangelicals made up 27 percent of voters in 2012, and 80 percent of them voted for Romney, 19 percent for Obama. That group was 48 percent of Romney’s total vote – the largest single constituency in the electorate. While they obviously care about social matters, they also care about jobs, taxes, the deficit, Israel and other core GOP issues. As a group, they are not single-issue voters. But they are not likely to vote for a politician who insists on taxpayer-paid abortions. This group also opposes promoting the homosexual lifestyle and countenancing same-sex marriage. Catholics went for Romney by 19 points. Besides these religious voters, there are plenty of non-religious conservatives who agree on social issues. Ditching the social-issue Republicans would be death to the party.

Erick Erickson, a CNN pundit, looked at the Republicans’ loss in November, decrying Richard Mourdock and Todd Aiken as religious conservatives who lost. But wait – what about Tommy Thompson, Heather Wilson, George Allen, Scott Brown and all the other more liberal candidates who lost their races? Mourdock was beaten by a pro-life Democrat. And while rejecting Aiken, Missouri voters increased the majority of pro-lifers in their General Assembly.

“What’s really going on here is that the people who voted for Mitt Romney, but who disagree with social conservatives, have decided the social conservatives must be the problem,” Erickson wrote. “Romney won about a quarter of the Hispanic vote and a tenth of the black vote. Those numbers may not sound like much, but in close elections they matter. … Hispanic voters are the most socially conservative voters in the country. They have a connection to Republicans on social issues they lack on fiscal issues.”

The Democrats’ base includes, among others, welfare recipients, government employees, environmentalists, lawyers, academics, homosexuals, unionists and generally anyone or group wanting something from the government, even if it is clearly unconstitutional. The latter would include big-corporation crony capitalists, too.

The bottom line: If fiscally conservative Republicans push social conservatives out of the party, they will be responsible for weakening the party of fiscal sanity. This will ensure victory for those representing the opposite of what they believe. Parties have factions, and we must learn to work together with those we agree with most of the time. To do otherwise is political suicide. Too many believe that anti-abortion Republicans are a negative to the party, but without us, the party is hopelessly outnumbered.

Many otherwise intelligent people believe that killing helpless, unborn babies in the womb is a good thing. Illinois Senator Barack Obama even voted twice to kill them outside the womb after a botched abortion — a clear case of infanticide. Despots have murdered many millions of innocent men, women and children over the years, while liberal Democrats and so-called “moderate” Republicans have on their hands the blood of 55 million murdered persons on the way to being born. Think about it.

Democrats say Republicans want to get into your bedrooms. How absurd is that? Yet many people, having heard that expression numerous times, begin to believe it or just accept it without thinking. Would someone please give me an example of how any Republican wants to get into someone’s bedroom because they oppose same-sex marriage or abortion?

Most of us Republicans are involved in grass-roots political activities for decades for one reason: freedom. If we do not defend our freedoms, we’ll lose them. In just the last four years of the Obama regime, the United States has fallen from fifth to 10th place in the 2012 Index of Economic Freedom published by The Heritage Foundation and the Wall Street Journal. The Economic Freedom of the World:2012 Annual Report – co-published by Cato, The Fraser Institute and 70 other think tanks around the world — sees the United States falling precipitously down to 18th, accelerated by the federal government takeover of health care, banking, automobiles and student loans, etc. Obama’s inauguration speech threatened cap-and-tax legislation and continued unlimited spending, which would reduce freedoms further.

There will continue to be many meetings and discussions about what the party needs to do to put an end to the unlimited spending and onerous regulations turning us into a fascist state. A good start is eliminating the irrational thinking about social conservatives. Reagan said we need to bind with those who agree with us 80 percent of the time and show how a capitalist, free-market, constitutional republic is the best path to prosperity – as all of history has proven. That also means we stop putting up candidates like Bob Dole, John McCain and Mitt Romney, who are too much like Democrats to show any real contrast to the failing policies of the past several years.

And finally, think twice about purging social conservatives from the party. They played an indispensable role in November by re-electing the House majority and in electing 30 Republican governors and hundreds of Republican state legislators. Throw them out of the party? Insanity! 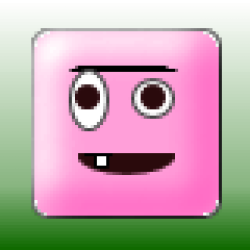 George Blumel
George Blumel founded and ran businesses, served on boards of public and private companies and until recently, worked as a financial planner. He’s a life-long conservative Republican political activist, starting with the 1964 Goldwater campaign. He and his wife Sandra have lived in South Florida since 1973.