A most entertaining and fact-filled debate occurred Tuesday at the Florida Senate Select Committee on Patient Protection and the Affordable Care Act.

The main event featured presentations by the far-left Massachusetts Institute of Technology professor Dr. Jonathan Gruber and the Cato Institute, represented by Michael Cannon, who addressed the cost of the health care program.

The key point of both presentations ended the same way: They both recommended that the state get out of the way and let the federal government implement the program through 2014.

If you recall, Obamacare was sold as a cost savings for the health care system. When questioned, Gruber admitted that so far, there had been zero savings in Massachusetts, but “that doesn’t matter.” The good doctor, an economist by profession, it seems, does not care about cost.

He also said “debts” at the the federal level are “not relevant” to the Legislature, and that the sole concern should be covering all of Florida’s residents.

He genuinely believes in universal care, and costs be damned. It seemed quite fitting to go along with President Obama’s “government will solve all your woes” second inaugural address.

As one would imagine, the Cato Institute’s Cannon presented a very cogent explanation of the costs and significant issues associated with implementing these health insurance exchanges.

Sen. Joe Negron, R-Palm City, asked the question of the day: “Why should we turn over control of our healthcare to the Feds instead of Floridians running it for Floridians?”

Cannon pointed out the truth — the feds will set the rules, and the Legislature should not be fooled by a “false choice.” Bravo to the senator for the question, and to Cannon for destroying the argument that Floridians have a choice in the matter.

Multiple citizens from tea party groups spoke at the end, and all addressed the cost basis from the perspective of small businesses. While limited due to time constraints, they provided an effective counterweight to the last meeting, where it was all the leftist groups who believe this can be done with no economic impact. Similar to the comments made by Gruber.

There was a robust question-and-answer session afterwards, and I would be remiss if I did not say that all members of this select Senate panel – Republican and Democrat – are taking their roles seriously and asking probing questions.Unlike the U.S. Senate, where debate is dead, this panel is showing commitment to genuine debate and fact finding. One only hopes they follow the recommendation of both speakers — let the feds do it and get out of the way. 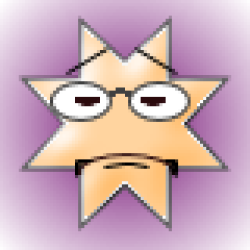 Henry Kelley
Henry is a small business owner in Fort Walton Beach, a prominent leader of Florida’s tea party movement and a decorated Army veteran.He earned an undergraduate degree from the University of Florida and an MBA from Rollins College.

The opinions expressed by this author do not necessarily reflect the views of BizPac Review.