We narrowly avoided the fiscal cliff. Our nation’s credit rating still hangs in the balance. We continue to face economic catastrophe with a looming debate on the debt ceiling. Then there’s the gun crisis and a “war on women.” Welcome to 21st century politics, where statesmanship and governance are quaint historical concepts and politics is all there is.

Governance today is tilting at windmills, pitting one side against another, and manufacturing an enemy to attack. Parties now run full-time, not just during elections, and the status quo is constantly playing politics. Reflection, wisdom, principles and ideals – these are things of a far-distant past.

The goal today is not to “fix” a problem but to “fixate” you on a problem. The media follows the same pattern, treating daily news like a campaign rather than anything that resembles journalism.

Historically, you would have been able to find two camps of people. The first are short-term pragmatists doing whatever it takes to fix a crisis. These people are usually reactionary and desire more rapid or precipitous change.  In the other camp is principled realism. These individuals represent the most idealist views. Their focus is not necessarily current events but promotion of change for future states.

We have become a society of crisis pragmatists looking to be saved. Everybody wants to be rescued, and few any longer have faith in long term principled realism. We have been caught in a trap of either expecting someone else to fix things or accepting the vision they provide for us.

We continue to look at others as the solution, look up to politicians as rock stars, and celebrate “getting ahead” as being part of the system. We lay our trust and our future in the hands of the system, and believe that one party can save us from the other. The answer must become that we do not just elect a different leader, but we become a self-governing leader. The answer is not in R’s and D’s but you and I.

We have had an energy crisis, an economic crisis, a housing crisis, a war on terror, a war on drugs, and the solution is always the same – government.

The truth is quite the opposite. The more severe the crisis, the more we need a return to principles.  Short-term pragmatism may fix a current crisis, but unless a new generation of principled realism arises, the crisis will continue to mount – and the cycle will never be broken. Unless we have independent critical thinking we will never have liberty.

If we truly revere the Founding Fathers and celebrate what they have done, we need to stop looking at parties and start looking to principles. We need to stop being caught up in the trap of left vs. right and begin to think and act independently. We need to look less urgently on the manufactured crises used to distract us and more on the realities we face. We need people of principled realism and a society of critical thinking.

The question is: Do Americans value our freedom enough to end the rise of the aristocracy by becoming self-governing leaders? Will we rise, as Thomas Jefferson predicted, to be the natural aristocracy over which no despot could rule? Will we step up to our responsibilities as citizens and claim our role as the overseers of government, not the other way around?

Author: Eric Wilson, an advocate of self-governing leadership, is executive director of the Kentucky 9/12 Project; co-author of the book, “We Surround Them; Our Journey From Apathy to Action;” and the network administrator and co-founder of Brush Fire Forum.com. 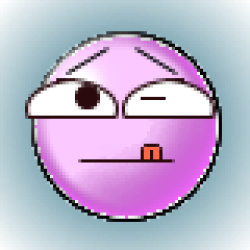 Eric Wilson
Guest Contributor: Eric Wilson is heavily involved encouraging the principle of self-governing leadership and is the Executive Director for Kentucky 9/12 Project, co-author of the book “We Surround Them; Our Journey From Apathy to Action”, and is the Network Administrator and co-founder of Brush Fire Forum.com

The opinions expressed by this author do not necessarily reflect the views of BizPac Review.