Americans who put sugar in their coffee pay more for that sweetener than their Canadian counterparts, one lawmaker recently complained at a congressional hearing while advocating for tearing down the no-cost U.S. sugar policy and leaving the country dependent on foreign suppliers.

It made for a nice sound bite, but it turns out to be patently false.

First, it’s an absurd statement since just about every coffee shop and restaurant in both countries — including the restaurants at the U.S. Capitol — give sugar away for free.

A commodity cannot be both extremely expensive and free. And while it’s not free for the restaurateurs, each “free” packet runs them no more than a penny or two — something the markup on a $2 cup of joe more than makes up for.

But what if you aren’t buying a cup of coffee every day and are brewing your own at home? Turns out you’re still better off on the American side.

Of course, there are folks on both sides of the border who prefer artificial sweeteners like Splenda, Sweet’N Low or Equal in their morning pick-me-up.

A recent USDA comparison of natural and man-made sweeteners revealed that sugar is the most affordable, whether you look at price per packet or price per ounce. So, for those looking to object to America’s sugar policy, you need to look beyond the coffee mug or our neighbors to the north for inspiration. Then again, it is hard to criticize a policy that operates at no cost to taxpayers, supports 142,000 U.S. jobs and has kept supplies stable in America despite shortages around the globe. 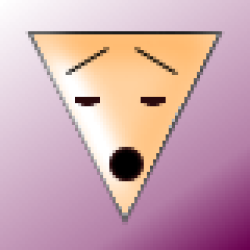 The opinions expressed are those of the writer, and do not necessarily represent those of BIZPAC Review, its management, staff or advertisers.