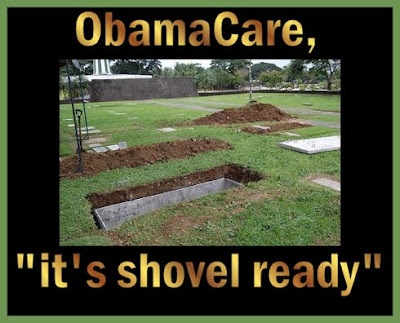 Editor’s Note – Although this article pertains to Texas, this is something that is happening all across America.  And, this same approach is being applied even more aggressively toward Medicare.

Obama, Pelosi and Reid have pulled a fast one by paying doctors less and less for the care they administer under these programs, prompting many physicians to either stop accepting patients covered by these plans or go bankrupt.  It’s also forcing many doctors to consider early retirement and dissuading new students from entering the medical field.

This is a national tragedy in the making.

With ‘baby boomers’ beginning to reach retirement age and the number of Medicare patients set to rise substantially, it will be almost impossible to find a doctor, and for those who are fortunate enough to find one, the care received will be bare bones.  Many currently covered by Medicare are already experiencing this problem.

I suppose, from a technical standpoint, eliminating your access to doctors is not considered rationing, but America has been sold a bill of goods that stands to destroy the quality of healthcare in this country.  The only option to counter this growing disaster is 100% repeal.  Of course, that only happens with a Republican majority in the fall…

Doctors Threaten to Pull Out of Texas Medicaid

Cuts to the reimbursements given to doctors who treat patients covered by the state’s low-income health care program are raising fears that already declining physician participation will fall even further, according to a published report.

The health care and insurance industries fear that a 1 percent cut in Medicaid fees scheduled to take effect Sept. 1 will be the first in a series of cuts as state agencies are asked to trim their two-year budgets by 10 percent to help cover an expected $18 billion revenue shortfall, The Dallas Morning News reported Sunday

About 3.3 million poor and disabled Texans depend on Medicaid for health care, but less than a third of the state’s 48,700 practicing doctors accept patients covered by the federal program, according to Texas Health and Human Services Commission. And some doctors who do participate in the program limit the number and kind of patients they accept.

Dr. Lou Montanaro, a suburban Dallas obstetrician, said he wanted to stay in the Medicaid program, but low reimbursement levels have prompted him to restrict the Medicaid cases he takes. He accepts pregnant patients, but not women seeking gynecological care.

Montanaro believes that reimbursement levels will continue to decline, which will prompt more doctors to decide to restrict or stop taking Medicaid patients.